Written by NIKIT KESHARWANI
Index of Post hide
1 Do you know where Android came from and why it was named as Android and What developers thought Android was made –
1.1 What is Android –
1.2 When and why was Android made? –
1.3 History of Android–
1.4 Why is android phone the first choice of people? –
1.5 Short List of Android Version –

Let’s talk about android history, the purpose of making android and who managed the android platform.
If your mind, you have seen much time this logo (given below) in the newspaper, mobile phones, on social media and in other places also. 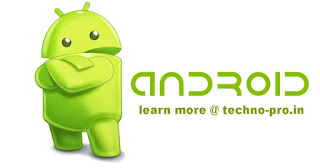 Android is a mobile operating system developed by Google. Android is built from Linux kernel and other open-source software. Android is specially designed to work on touch screens and tablets, but currently, Google has launched not only an android smartphone but also devices like Android Tv, Watch, etc. in the market by providing attractive features in them based on their interface.
Become Expert in Writing mail – How to write an E-mail that will be opened first
Today android smartphone India is the most used operating system worldwide. The interface of android is quite attractive with virtual keyboard tapping, swiping, pinching, etc. on the screen. Along with this, an internal hardware accelerometer, gyroscopes, and proximity sensor, etc. are usually found in an android smartphone. after Android operating system iOS is the most popular operating system in the world but Ios having some limitation and that’s’ why peoples like android much

When and why was Android made? –

When Android was not launched in the year 2007, at that time we could only use the inbuilt games or apps present on the phone. GivenIn view of this, in the year 2007, google launched an android operating system based on Linux software. Because of which today we can easily run many games, social apps on a smartphone.

In the beginning, the Android inc (company) was planning to launch android as a digital camera in Sharwat, but given the more camera changes in place of cameras in the future, Android inc. was discovered in 2003 by Andy Rubin, along with three other individuals. but two years later, in July 2005, Google bought it for 50$ million, seeing the powerful future useful potential of the android. and Google gave Andy Rubin the title of Android developer. After launching the first android smartphone in the year 2008, android periodically introduced the new version (s) to upgrade the features.
Peoples like this also – WhatsApp fingerprint security | How to enable
The android operating system is also popular due to its interesting names, on April 30, 2009, the first commercial version 1.5 of Android was launched in the market called Cupcake. After this, Android 1.6 was launched on September 15, 2009, under the name Donnet. On October 24, 2009, Android 2.0-2.1 was launched under the name Akler. Android 2.2 was launched as Froyo in the year 2010 and Ginger Brad 2.3 was launched on December 2010, revised version 2.3.3-2.3.7 was launched in February 2011, which was very popular, its Later, Honeycomb 3.1 was launched in May 2011 and Honeycomb 3.2 in July and the most popular versions of Ice Cream Sandwich 4.0.3 and 4.04 were launched in December this year, especially this version. The tablet was designed keeping in mind, then in 2012, two versions of the name Jelly Bean and 4.1x and 4.2x been launch. All these versions were liked by the people and in India, there came the phase of cheap smartphones. In the same year 2013, the new version of Google Android launched Jellybean 4.3, which has become very popular.
Also, read – interesting knowledge of computer
The popularity of Android can be gauged from the fact that according to Google this operating system is being used in more than 1 billion smartphones and tablets of the world, Google has been quiet for many days after the arrival of an ice cream sandwich and jelly bean. And now his new operating system KitKat has come among you. then after somedays Android Lolipop, 5.0 version launched, then Android Marshmallow 6.0, then Android Nougat 7.1 and then Android Oreo 8. or 8.1 and in last till today Android Pie 9.0 is the latest version of ANDROID operating system
Today android is available in 100 languages ​​worldwide. Apart from this, the first version 1.0 of android was launched in November 2007. Currently, the latest version of Android is “pie” 9.0, which was launched in August 2018. Android smartphones have been the most purchased in the whole world since 2011.

Why is android phone the first choice of people? –

Conclusion – Do you think the Android will remain better than other operating systems or not, in current Android is the latest operating system of Smartphones and I think it will remain good in the future also, whats you think to mention in the comment box.
Last word – If you liked this post on Whats is Android | History of Android | About Android | Case Study of Android and got learn something, then please share this post on social networks such as Facebook, Google+ and Twitter, etc.