Many peoples confused about how much should be the capacity of RAM and why RAM is being used or How is RAM made, not only you many of the peoples are not able to understand even they may be confused while purchasing the laptop/desktop even mobile too. But in the case of smartphones people buy a smartphone on the trust of the shopkeeper. May times peoples think high capacity RAm having no problem of Hanging of their devices, I think you have lots of confusion or questions yet, so your questions will end here because of today we will know these topics, so stay here. 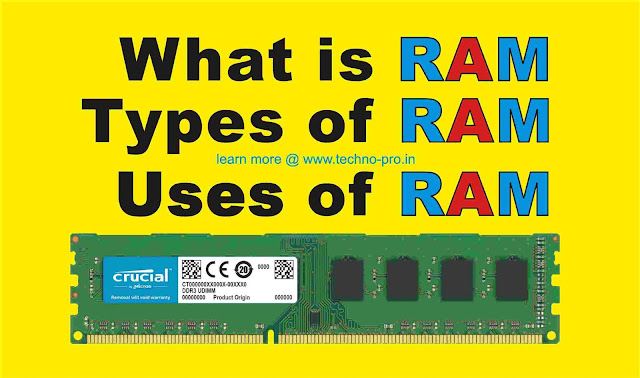 The full form of RAM is Random Access Memory, so nothing is being known about RAM from its full form, in short RAM is the main part of computer we can say the problem of lagging in our computer can be controlled through RAM, because the gap between the given order by humans to computer to perform some work and until the work should be done, so in these between the timing RAM works.

How is RAM made –

This is also a type of question that, is disturbing you to ask from anyone, How is Ram made, so no worry your issue will be resolved here. Rami is made of microchip, it includes many golden connecting parts, we can not mention the numbers of golden connecting part because it may differ to the size and version of your Installed RAM. The size of RAM is also different but most of the peoples using the DDR3 because it is the latest version of RAM and this type os RAM is not too old, neither not the too new one.

Suppose you are sitting in an office and you will need a file to work and the file is kept in another room, then when you have to work, you will bring that file from another room and put it on the desk. Will start working on There comes a time when you have to do a lot of work together and for this, you will need a lot of files, for this more work you will also need a bigger desk to keep more files. When you have to do any work, you will start picking up its file from the desk. When you finish the work, you will keep all those files in the same room.
In the smartphone, RAM also works in this way, which is another room with files, you can consider it as internal memory in which all your files or apps are there and the desk which is your RAM is the one you work on, so it’s working here According to your means by humans order, bring an app and run it. It takes a few seconds to open an app because this is because the speed of RAM is very fast, you can guess that it costs as much to build 1GB of RAM as to make 16GB of memory card. Happens in 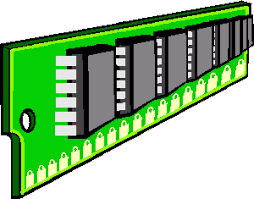 The files that the CPU needs RAM works to send them as quickly as possible. When you install a game, it is not installed in RAM, rather it is installed in the internal memory of the phone. When you click on that game, it comes to RAM from the phone’s memory to run and RAM starts working, meanwhile, information exchange between CPU and RAM is very fast. But when the RAM of your computer or mobile is less and you are running many big apps, then in this situation the mobile starts hanging, so it is said that more RAM is useful for multitasking.
In this way, the working of RAM is also the same as mobile, but in PC the transfer speed becomes less because it may have the lots of applications and lots of data too, meanwhile in computer peoples use may high specs. application or maybe depend on your work, so the working speed of RAM will be less as compared to mobile.

1. DDR1 – DDR1 is the first version of DDR (double data rate) memory.  As its name DDR1, here nothing the meaning of DDR, the main thing in between these words is number (DDR1). DDR1 is the first generation of RAM. DDR1 types of RAM are consuming too many powers. If we want to buy the DDR1 RAM so we don’t have to elect only DDR1 we also have to see the speed of categories or standard names.

2. DDR2 – DDR2 is the second version of DDR (double data rate) memory. These versions of RAM were developed to achieve a high data rate for block-transferring. It can transfer data at a clock rate of 400 to 1066 MHz. DDR 2 is the successor version of DDR where the main change between the RAM chip and the prefetch buffer is applied to the operational frequency and the amount of both parameters is increased. The prefetch buffer is a 4-bit memory cache that resides in the DDR 2’s RAM chip. The buffer is used in the RAM chip.

3. DDR3 – DDR 3 is an advanced version of DDR 2 which has increased the prefetch buffer to 8 bits and the operating frequency has been increased to 1600 Mhz. However, the amount of electricity is reduced to 1.5 volts which also reduces the heating effect of the higher frequency. The pin architecture of DDR 3 also has 240 pins, but they cannot be used in the motherboard RAM of DDR 2 as they are noted separately. A unique option is available in DDR 3 which clears the memory through software reset action. The memory reset option ensures that the memory is emptied after rebooting the system.

4. DDR4 – DDR 4 is an advanced version of DDR 3, I don’t think I have to explain again because upper lines are sufficient, but anyway explain again, the purpose of developing the advanced version is for consuming low power, the power decreased from 1.5 volts to 1.2 volts, 288 pins in a regular DIMM, 260 pins in a SO-DIMM, 64 GB maximum capacity per memory module (common capacities include 16 GB and 32 GB) 16 internal memory banks and 1600 Mbps to 3200 Mbps data transfer rates.

Standard Name –       Data Transfer rate –
updating soon
The conclusion at last – I hope your query/question/problem will end here if anything remains to feel free to ask me, I will try to explain in another post,
Share

Previous 3,000 Off on this smartphone of Nokia’s 5 camera Smartphone….
Next Essay on Computer | Full knowledge of Computer | Detailed Information of Computer