Breaking News
Home / About / SSD vs. HDD comparison | Which is best SSD or HDD

SSD vs. HDD comparison | Which is best SSD or HDD

SSD ( solid-state-drive) vs. HDD (hard-disk-drive) | Details of these storage devices and comparison | Which is best for you

When you make a purchase of a laptop or desktop then you might be confused lots of, just because of storage.

There are different types of option and you confused for buying, wheater you should buy SDD (solid-state Drive) or HDD (Hard Disk Drive)

How is HDD (Hard Disk Drive) made –

HDD is made up of metal (Aluminum), on which a thin layer of Magnetic Material is mounted. It contains a number of circular plates that are connected with the help of a cylinder. They perform the work of reading and writing data by disk move or spin, that is, to store the data. All circular plates are combined with magnetic heads (read/write head), in which a moving disk arm or actuator arm is arranged to read and write data from the circular plates to the mean circular plates. 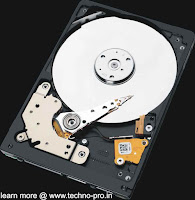 If we have to increase the storage capacity of hard disk, for that we increase the number of circular plates, it accesses the data sequentially as well as accesses the data in a random-manner meaning that it can also retrieve the data of an individual block and store the data in an individual block. note that increasing the size of the hard disk is not possible for common or normal users, it needs much technique and equipment to. If you doing this so I recommend not to do this job.

Do you know the history of Android – About Android

So far the rotation speed of the hard disk means that the speed of reading and writing the data by moving it is from 5200 to 15000 RPM (Rotation per minute). The Hard Disk drive was first introduced by IBM in 1956. By the 1960s, hard disk drive became the major secondary storage device for all general-purpose computers.
HDD or Hard disk drive provides very high storage capacity at very cheap rates, although the price of SSD is very high according to the storage capacity.

The use of a hard disk drive is very important in our new laptop/desktop or old desktop/laptop because it doesn’t store our data or information, in fact, it stores the windows operating system files also. So if you choose High RPM storage devedices then your pc/laptop will be run very smoothly and I already told you high RPM – high speed of transfer rate. That’s why the hard disk is very important for our pc/laptop.

If you do not know about SSD, then let me tell you that the full form of SSD is Solid State Drive. It is also a memory device, just like Pen drive, it only has a little more space and it is a slightly more sophisticated device. It has no moving parts like the Memory Stick and hard disk too. Here the data is stored in a microchip, where a Hard Disk has information read with the help of a mechanical arm which has a read/write head from the correct location in the storage platter. This difference makes SSD much faster. For example, if I say that if you have to bring a pen from a desk of room, then for this you have to search around the room first table and then pen then you will have to bring it when you get it. On the other hand, if the book is already in front of you and if you bring it quickly when told, then how will you feel. SSD works just like this, for which it is much faster than HDD.

Also, know this – How to select the best laptop for you

NAND-based Flash memory is used as an SSD. It is a non-volatile memory. Now non-volatile means that whenever you close the disk, it will not forget the things that are stored in it. Meaning there is no memory loss. Yes, it is definitely a very big and essential feature of permanent memory.

How is SDD (Solid State Drive) made –

As it names as a solid-state drive so, we can easily understand it doesn’t have any moving part. An SSD is not made up of metal and does not have a mechanical arm, so an embedded processor (or brain), also called a Controller, is used to read and write data, with the help of which a lot of work such as reading and writing of data is done. The controller is used to find the speed of SSD. Whatever decision it takes to store, retrieve, cache and clean up the data, all these things determine the overall speed of the drive.٨1 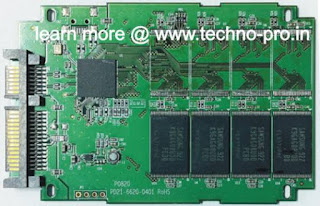 I would like to say one thing here that a good controller is the real identity of a good SSD. You must be wondering now what this SSD will look like. So let me tell you that in this its technology is encased in plastic or metal case. It looks like a battery.

The form factor of SSD is similar to a regular hard drive. Its standard size is 1.8 “, 2.5”, and 3.5 “size which is easily fit into the housing and connectors like its sized hard drive. SATA is used according to the connector for its standard size. Apart from this, there are other SATA like mini-SATA which are smaller in size, hence they are also called mini-SATA (mSATA) and it can easily be installed in the mini-PCI Express slot which is used in the laptop. goes.

The use of a Solid State Drive is very important in our new laptop/desktop or old desktop/laptop because it doesn’t store our data or information, in fact, it stores the windows operating system files also. In short, we can say any storage device is necessary for running and storing the operating system files. When we Install Solid State Drive as a secondary device so we can see the result very easily means to say the working speed of Solid-state drive is much faster than Hard disk drive. The reason is that there is no moving part and which I have already told you. and I refer to٨1

When the first SSD first came in the market for the first time, people did not have so much faith in it. But now this technology is being used by the people in very loud tones. And it has longer SSD than HDD. The life os Solid State Drive is also good as compared to Hard disk drive. We don’t need to worry if our Solid State Drive accidentally falls in groud or any accidental situation happens.

HDD or Hard Disk Drive is best if –

SDD or Solid State Drive is best if –

Conclusion – I hope you have clearly understood the difference between of SDD vs. HDD. If you fixed or need high storages then you can go for HDD otherwise SSD can’t be beaten by HDD.
Share

Are you interested to know what is a computer virus? Everyone knows how to use …