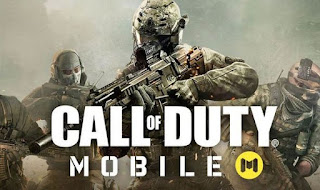 Just like PUBG Mobile, players in Call of Duty: Mobile will also be able to play games in solo, duo, and the team of four players. The game will include many different playing modes such as Team Deathmatch, Search and Destroy and Free-For-All.

In addition to the multiplayer game mode, the game also has Battle Royal mode like PUBG and Fortnite. This will be the mobile version of the upcoming mobile game Popular Call of Duty: Blackout mode, in which 100 players will play simultaneously and the winner will be the end-all. It will have gunfights like PUBG Mobile and will be able to drive vehicles.

Gaming mode in Call of Duty –

The requirement of Call of Duty  –

the call of duty can be downloaded through google play store now, and it’s not too heavy it something 1.1Gb so anyone can download this game and minimum 2GB ram and some small size of storage. The android version should be greater than Android Marshmallow
Share

How to call someones if they block you in easy steps – Friends, sometimes we …

advantages of rooting disadvantages of Android rooting Amazon Prime Membership benefits of fastag benefits of fastags blog Computer Virus fastag deadline fastag price how to activate fastag how to buy fastag how to buy insurance how to recharge fastag like apps likee app magazine make money though like app technology Tiktok validity of fastag Virus what are the charges of fastags where to buy fastag Insurance which bank provide fastags
Property of NIKIT KESHARWANI
© Copyright 2019-2020, All Rights Reserved | Techno-pro.in