Boomerang will be soon added in Whatsapp very soon 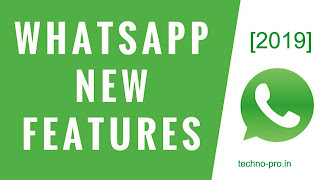 As we know WhatsApp is now owned by Facebook owner Mark Zuckerburg, when WhatsApp has own ownership then we have never seen any amazing feature in WhatsApp.
Form when WhatsApp has been owned by Facebook, so from now, we have seen amazing features, like WhatsApp status Text and Audio. GIF emoji, the forward limit for fake massage or any massage to 5 users, and much more. Now we will see a new feature which will be added in WhatsApp very quickly.
As now this feature is available in only Instagram names as Boomerang. This feature is very amazing and very likely by peoples. In this feature, people make a short repeating video and which looks very cool and peoples can make a short and slow-motion video also.
Let’s know when it will be available for users.
According to the report, this feature is currently in the development stage and will be first made available for iPhone users,

Why this will be available first for iOS users?

iOs users have high authority and premium users and they can give feedback to WhatsApp if any error found.

When for Android Users

WhatsApp is now working on introducing a new Boomerang feature in its app, and it will be available for Android users. With the help of this feature, users will be able to create looping videos.
Facebook-owned photo-video sharing app Instagram first released the Boomerang app, allowing users to easily create a one-second loop video. The Boomerang app was launched to compete with Twitter Vine, helping create six-second video loops.
credits to TechCrunch
WABetaInfo reports the development of the Boomerang feature. WhatsApp users will get this new feature through video type panel, which currently helps in converting video files to GIF.
The source said that this feature will be available for videos of less than seven seconds. Apart from this, these loop videos can be applied to WhatsApp contacts and status updates via messages.
Initially, the Boomerang feature will be available for WhatsApp on iPhone, this feature will be rolled out when iPhone users don’t face any problem and then it will be released for Android users.
Instagram launched his Boomerang app in October 2015 and then added the Boomerang feature to Instagram Story in 2016. Earlier this month, WhatsApp rolled out the label of Forwarded Messages for the Android and iOS users. This will let users know that the message they received has been forwarded more than five times.
Conclusion – Now give me your reply would you want to see this feature in WhatsApp and how will be you find this helpful, tell me this in the comment box with your opinion. My opinion is
Last Word – If you find this page helpful then don’t forget to share to everyone, and follow our page to know the latest news.
Share

What is an like app? Recently, you must have seen many such videos going viral …

advantages of rooting disadvantages of Android rooting Amazon Prime Membership benefits of fastag benefits of fastags blog Computer Virus fastag deadline fastag price how to activate fastag how to buy fastag how to buy insurance how to recharge fastag like apps likee app magazine make money though like app technology Tiktok validity of fastag Virus what are the charges of fastags where to buy fastag Insurance which bank provide fastags
Property of NIKIT KESHARWANI
© Copyright 2019-2020, All Rights Reserved | Techno-pro.in