Breaking News
Home / New Smartphone / 64 MP Camera Phone this phone May be Lunch check which one ???

64 MP Camera Phone this phone May be Lunch check which one ??? 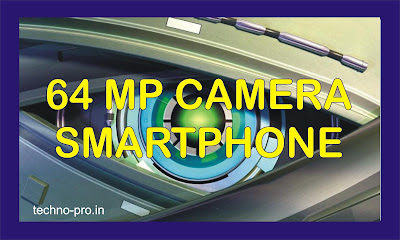 Let’s know which company can make this type of smartphone in brief, stay here to know,

As some previous day, Xiaomi is saying we work on a High-Resolution Camera smartphone and till now he not confirms what will be new from him. Recently Realme confirms that they have made 64MP camera smartphone and Realme will launch his 64 Megapixel smartphone today means 08- August-2019.
This Phone will be launch in New Delhi

In Chinese culture, number 4 is considered as bad number, so it may be that after Realme 3 and Realme 3 Pro, the company now wants to skip number 4 and name of the 64 MP camera phone can also be Realme 5 Pro, or Realme 5 or any other but series will be “5′ we will have to wait till the launch event tomorrow to confirm the name.
The 64-megapixel camera phone of Reality will be introduced in India on 08- August – 2019, while in China this smartphone will be launched on August 15. It is being said that Realme can use the Samsung ISOCELL Bright GW1 sensor in this phone. But this has not been confirmed by the company at the moment. 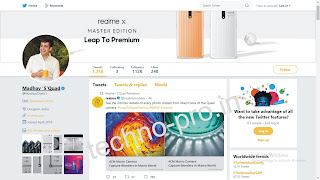 Madhav Sheth remains active on Twitter and has now changed his account name to Madhav Quad 5 on Twitter.
Number 5 is indicating that the name of the upcoming phone can be Realme 5 or Realme 5 Pro. The company has already confirmed that this phone of Reality will come with the quad-camera setup. Recall that earlier Madhav Seth changed the name of the account to Madhav X before the launch of Reality X. Let us know that all this information is currently based on speculation.
Conclusion – What you think, what should be the name of this smartphone tell me in the comment box., I am waiting for your reply.
Last Word – If you find this page helpful then don’t forget to share to everyone, and follow our page to know the  latest news
Also, read – Reliance jio Giga fiber launch date
Nokia 9 PureView
Amazon freedom sale
Share